Spent some more time on the plot today, think Plotgate put me off going for a while but getting back into it now. Also the weather has been pants lately but today was nice so I thought rather than go down for any specific tasks or allotted amount of time, I’d just go down for a bit and do something. Taking that approach seems less overwhelming and I might start taking that attitude with more with other things generally anyway.

Anyway, my big news is.. I’ve got Rhubarb!

I remember being told I had Rhubarb, but Rhubarb out of season just looks dead so I didn’t think too much of it. But it seems to growing nicely amongst the grass the previous tenant just let grow.

I’m also pleased to report that at least one of my beans has survived #Plotgate! I might move it later. 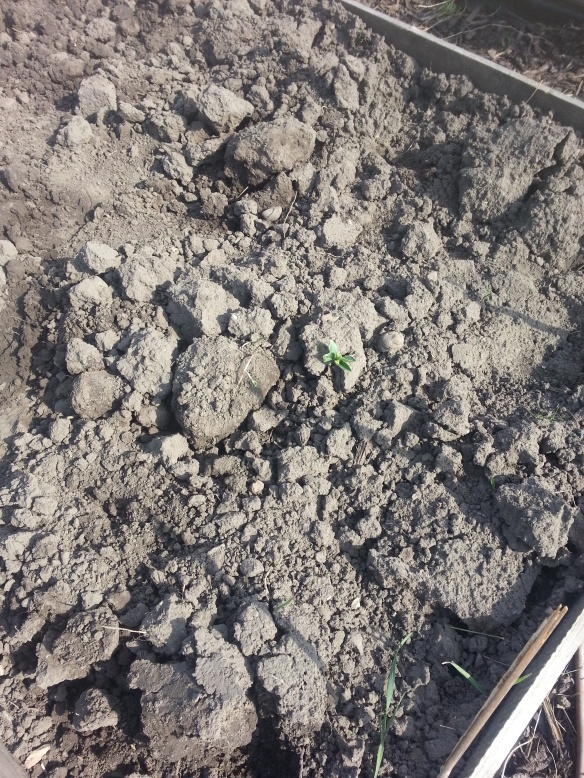 I’m also wondering what I actually have at the top, as some of what I assumed were Raspberry Canes have green buds on them?, I’m wondering if some of them are actually Loganberrys as well? 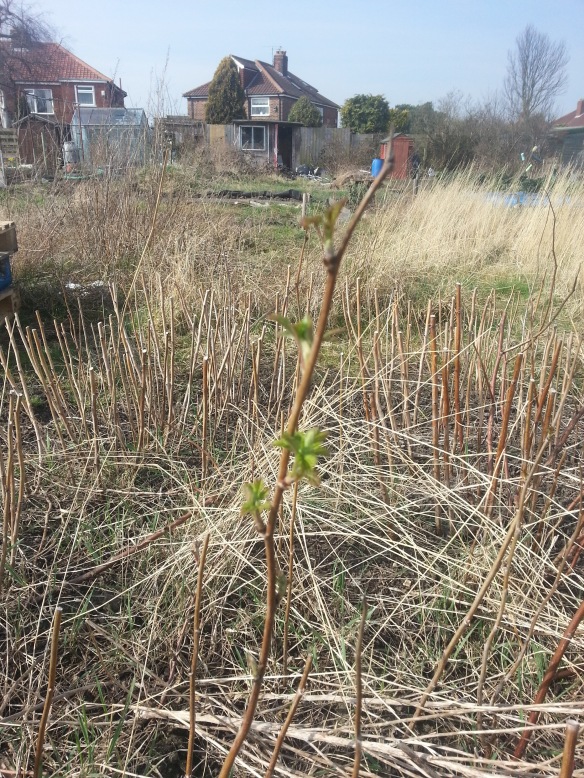 I also met my new neighbours on the other said who seem really nice,  I had been told they were ‘students’, which is pretty much allotment shorthand for ‘under 70’.
This is James on their plot, we had a nice chat about recipes for Celeriac.

I might take more photos of other people on their plot as well, so it seems less weird than just having a photo of one person.