The Sunflowers are really starting to take off now. Only a handful germinated but the ones which did are looking impressive. This is the bed at the front with the Brussels Sprouts in the foreground. 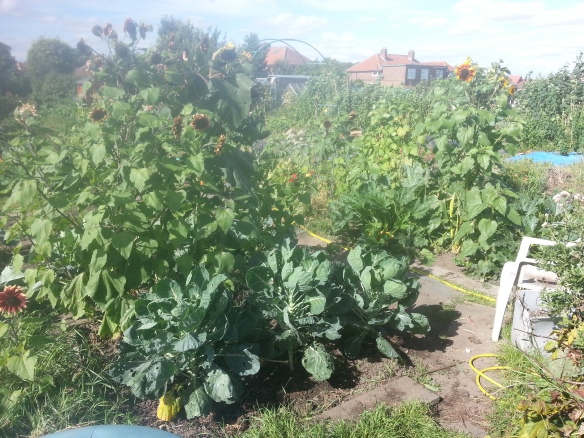 Looking through the Squash Arch, which then became a Sweet Pea arch, and is now a Bean Arch. 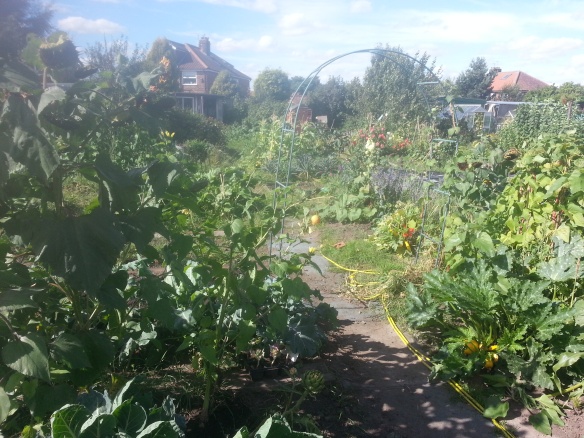 A nice Hollyhock in the Butterfly border 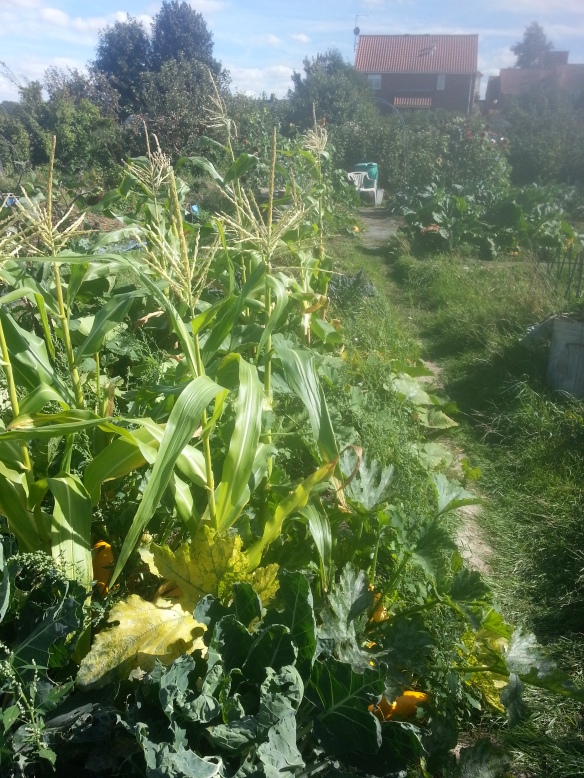 Flowerbed at the top, Glads picking up and put some more Sedum in. Also put some Wallflower seedlings in in anticipation for the Spring. My new plan with the Raspberries rather than move them is to just prune and thin out the ones which are there and maybe think about moving next year…

Think this is Unwin’s Sunflower Giant Single? Except it has more than one head. So it might be something else I threw the packet away for… 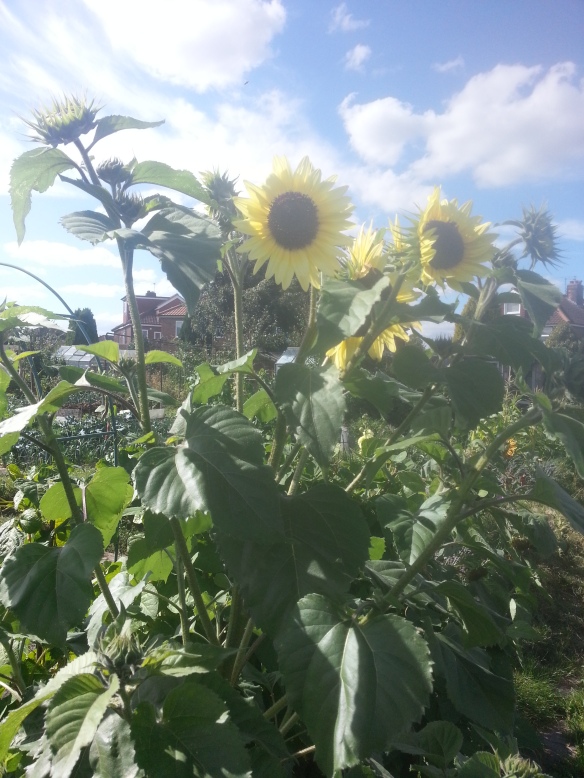 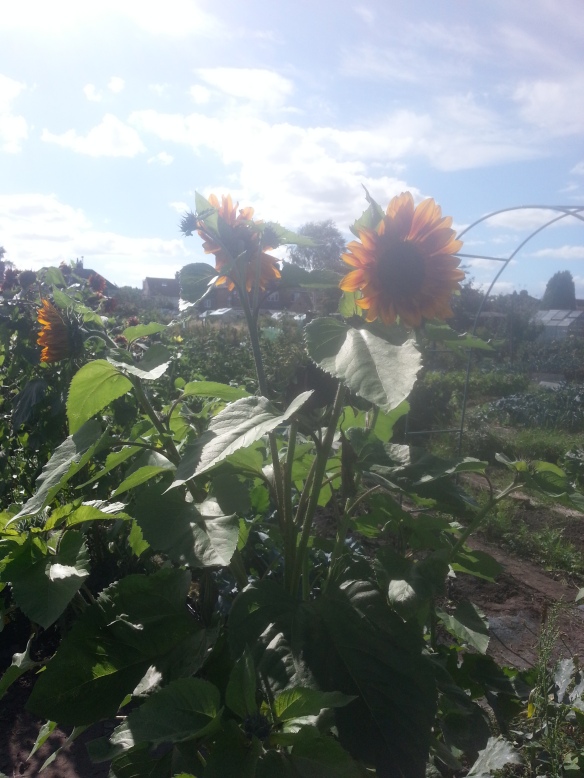 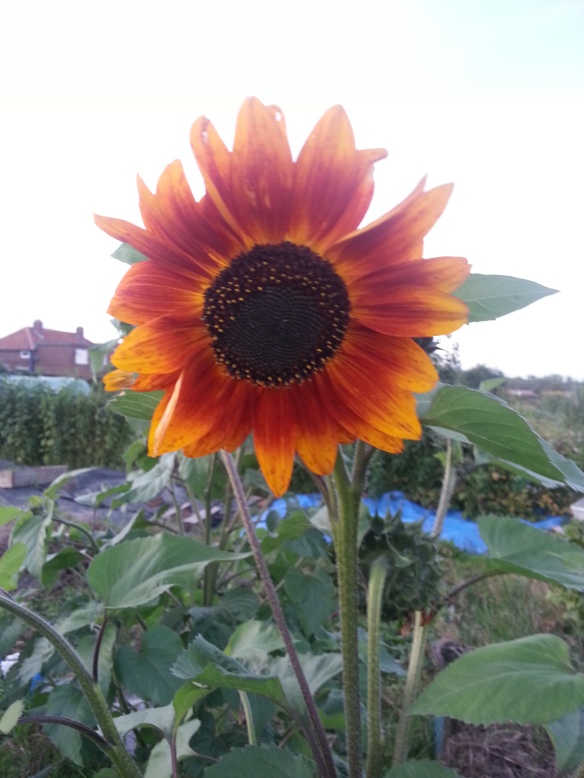